There’s not much more comforting on a cold winter day than a good Italian feast. We are currently having a few days of winter in LA, (we’ve even had rain!) so it felt like everything was aligning for a pig out at North Italia. Plus it was my birthday and birthdays deserve a good feast.

North Italia is a big restaurant. Nice high ceilings, great lights, exposed kitchen and a good looking bar area for happy hour. One of the things I am still not used to in LA is there being enough room between tables so people don’t bump you, it’s such a joy!

It’s not a massive menu, but a good selection of everything you need from an Italian. Same can be said for the wine list. I like it when a menu is more select, I don’t have to feel like I’m overwhelmed or missing out 🙂

Grilled cauliflower: yum! So good. I am so into cauliflower right now, and I definitely never expected to really say that if I wasn’t talking about cauliflower cheese 🙂 Nicely grilled with some asparagus and crunch from some breadcrumbs topped with a fried egg. Even Al went back for more. 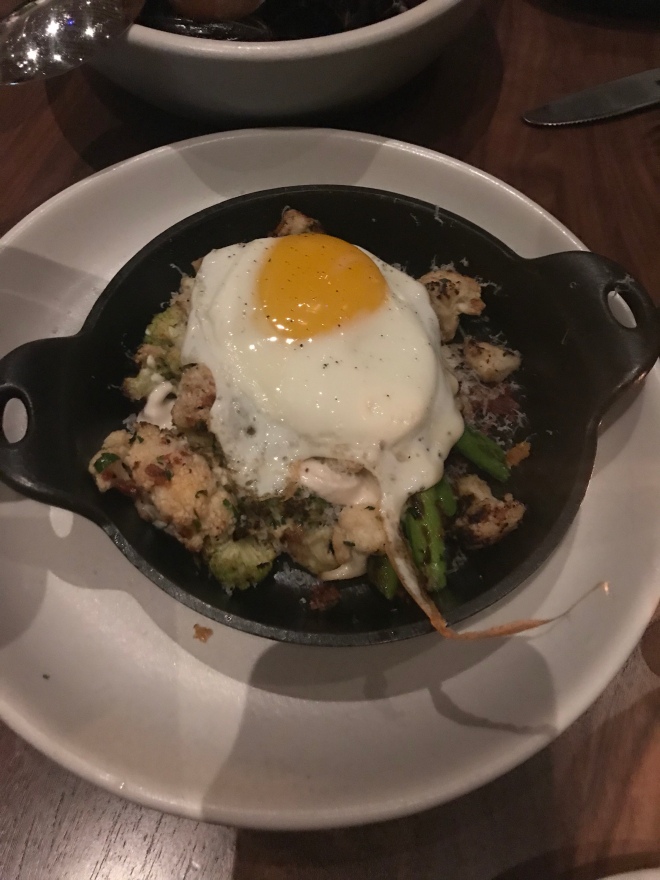 Black Mediterranean mussels: nice light white wine and herb broth, salami and juicy mussels. You can’t really go wrong with that. 2 nice thick slices or ciabatta to soak up the broth. Definitely could have had more bread but in reality that would have made me too full too quick. 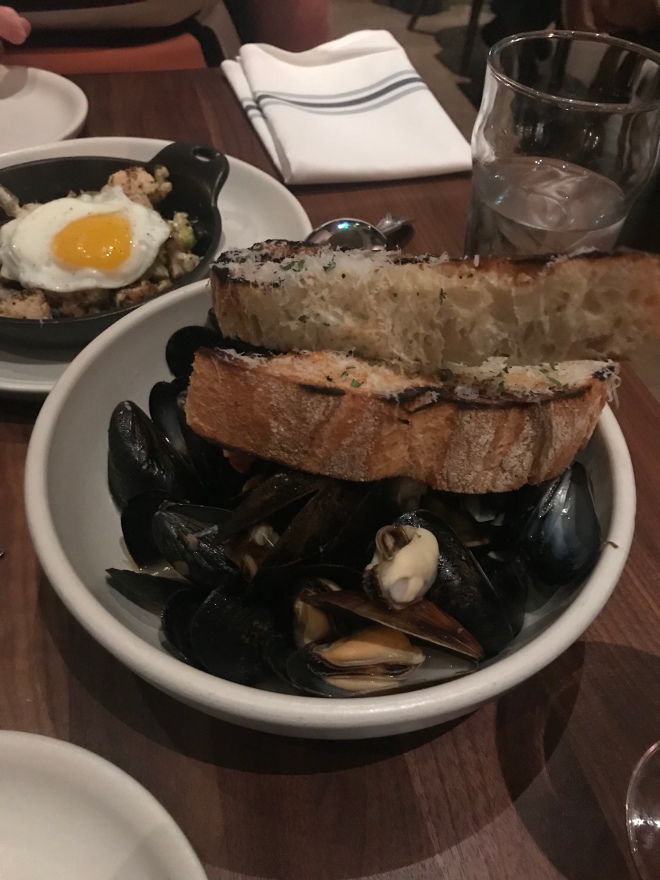 Short rib radiatori: The winning dish for sure! Is short rib ever bad? It was fall apart soft and the pasta sauce was a Parmesan cream with a hint of horseradish. I was a bit worried it was going to be too heavy but it really wasn’t. The only criticism for this dish is that the pasta wasn’t al dente which I expected. I think that’s probably an American preference thing though.

The Pig Pizza: Probably the weakest dish  of the bunch. The pizza was a nice thin wood fire oven style which is good but it was over filled with sauce and toppings. Good Italian pizza should not be that over loaded. The base can’t handle it and it came off as salty. Again I would say this is probably the American influence. The other dishes were way better.

Diver Scallops: nice fat juicy scallops on a bed of parmesan risotto with butternut squash. The menu says there were brussels but I don’t remember them being in there.

Bombolini: yumbo jumbo. I’m not normally a dessert orderer but I got a free one for my birthday so it would have been rude not to. 🙂 These were really nicely done italian donuts balls on a lemon curd marscapone. Well worth stuffing in to an overfull stomach.

A little tip: tell them what order to bring the food and if you want a break. They brought the pizza out last which messed the flow a little. Plus they tried to bring it out when the pasta & scallops were on the table which meant there was physically no room so we had to send it back to the kitchen to come out later.