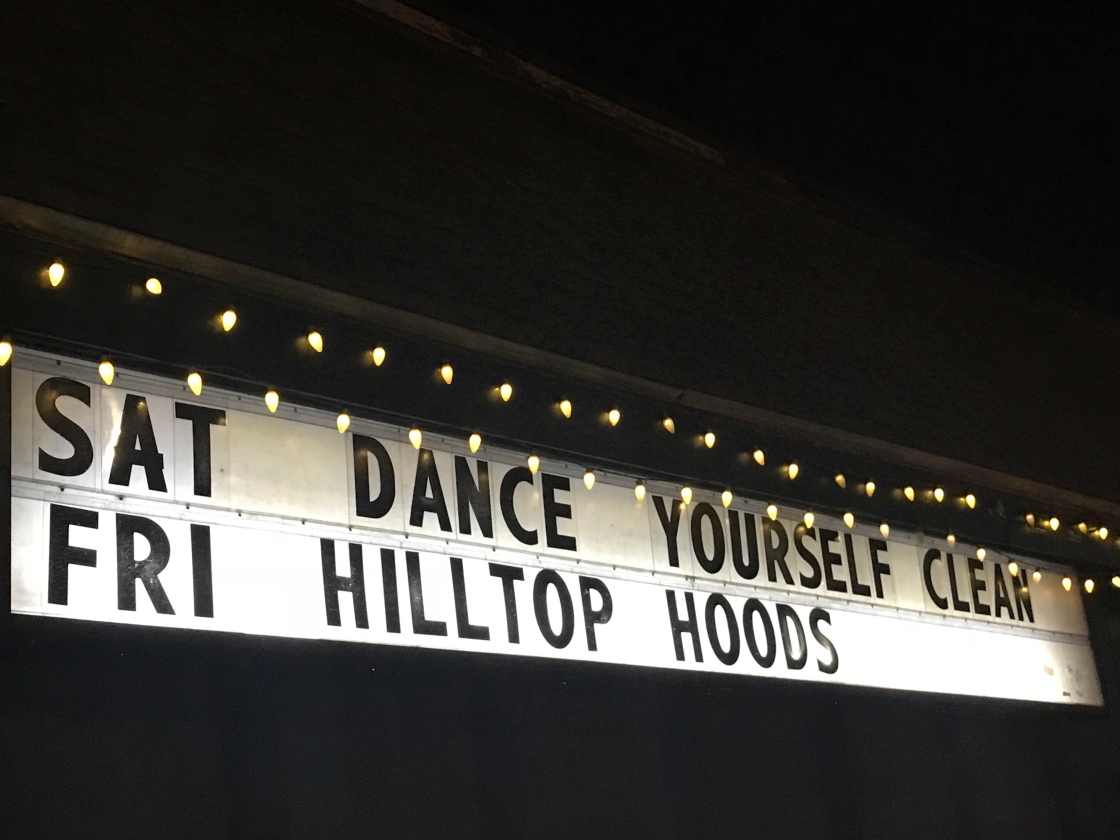 I’ve been to the Satellite Club before for their Dance Yourself Clean night. It’s a lot fun, a good size club for a normal club with normal club prices. A pain in the butt when you leave though so you definitely want to Uber.

For a gig: it’s brilliant. It creates a really intimate concert with the band/group so close you can each out and touch them – if you want (I did not, there was a lot of sweat going on there).

I’m pretty sure every Aussie in LA was in the club, which means it was full but not rammed. It also meant there were people bouncing around everywhere completely oblivious to space in a way only Aussies seem to be able to do.

If you haven’t listened to Hilltop Hoods before, get your ass over to Spotify and download some! I love Aussie hip hop, and these guys do it well, great lyrics as well as a good sound.

At the gig they played a mix of old songs and new- which I always like, because I forget to listen to new songs 😬.

They have an amazing energy on stage, and 100% know how to work the crowd. I think crowd interaction is about 50% of how good a gig is, and something a lot of artists just can’t seem to do.

They were at the end of tour and still bringing full energy, it’s pretty amazing when you think about it. I’d be, like, “nope, my throat’s sore, I’m not doing it”.

I learnt the following from this night out:

– Hilltop Hoods are awesome live, you should go see them

– The Satellite Club is a great venue for gigs

– I need to go to more gigs