My friend from home over for a weekend plus Pride festival meant that San Fran was calling our name.

I’ve managed to work out that you can fly in to Oakland for about a third of the price and easily get either the BART into town or an uber for about $20 more than from San Fran airport so I tool the sensible option, and probably will again. It was super easy and the savings made it worth it. I’m not going to bother talking about our hotel – it was cheap & convenient during a weekend of high priced in an already high priced city.

Once we made our way in it was late and most definitely time for a drink. Thankfully there was a gin bar just next door! It’s moments like this that renew my faith in the travel gods. I spoke to some locals and they are very excited about their gin bar WhitechapelSF. The thing is, this place has got all the tools to be great, but they just don’t really know how to execute it. The venue is cute, the gin list is extensive but they don’t know how to accompany the gins properly and I’m pretty sure the tonic was post mix (major party foul!). This does, however, give me faith that if I can get my shit together I could open an awesome gin bar 😝

Saturday was all set for the Dyke March and a bit of a house party which meant a good breakfast was in order. Thankfully I have my trusty Where Chefs Eat book for guidance. As my friend was over from Europe I opted for a completely different option to a normal euro breakfast, Mexican from San Jalisco. It was so good! I opted for the chilaquiles Veronica which has chorizo. Just a massive amount of flavor without being overwhelming and I can guarantee it will overcome any residual alcohol from the night before.

The book described the chorizo con heuvos as being like a light cloud pillow and after tasting them I would have to agree.

It does not look pretty, however this breakfast was not only delicious but the perfect base of what was going to be a day of entirely too much rose.

A short walk from here was the Dyke March at Mission Dolores Park. I’ve never been to an event like this but it was really cool. A park full of a community who don’t necessarily all know each other but still have a connection is a really different experience. Plus it was heaving! 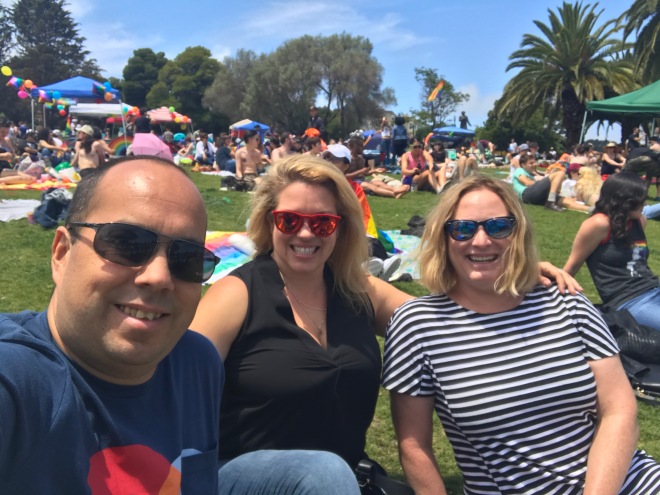 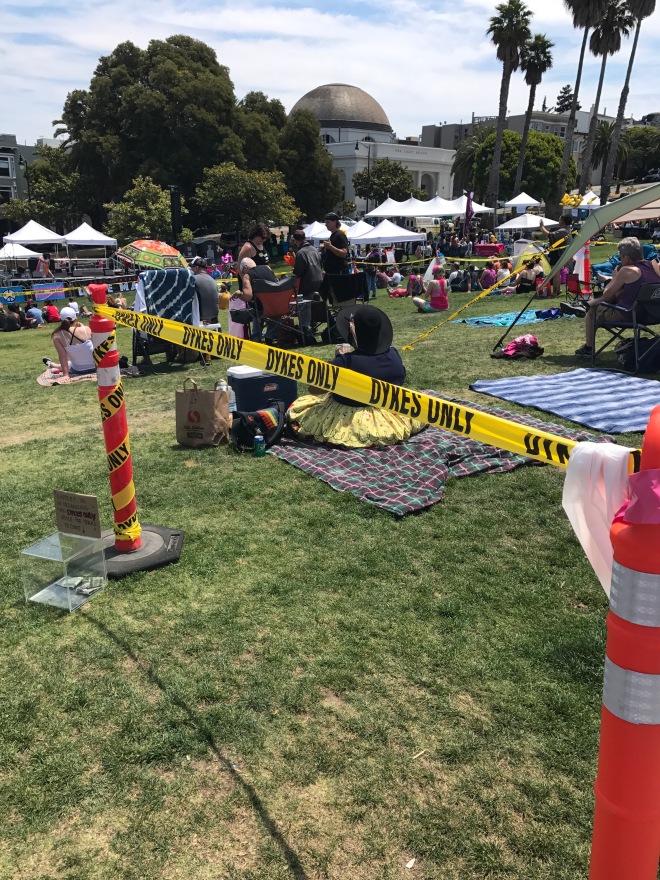 I was completely fascinated by all of the different hustles going on, so much ingenuity! There were people selling beers, Jell-O shots, fried chicken, alcoholic iceypoles, hats and god knows what else. It has given me some ideas for my own future hustles (just need to extract them from the rose file I filed them in that day).

Sadly we missed the actual march as we got caught up in a house party. I’d have loved to have seen it- especially the dykes on bikes. Oh well next time.

The next day was the Pride parade. It was a struggle getting everyone out the door due to the previous day’s shenanigans but we finally got there!

What a massive parade. It seriously goes for hours. There’s also a big section at the end full of people doing performances, selling food and drink and just basically having a great time.

I loved watching how much fun everyone was having. For some reason in my head I was expecting huge floats, a little like Carnivale (no idea why, sometimes I just make things up) so at first it was a little disappointing. Then I actually started watching what was actually happening rather than what I was imagining and it was really great. Pride is such a great celebration event I was really glad to be part of it.

Sadly we had to leave before the parade finished to grab our flight, it would have been good to stay till the end. Next time. 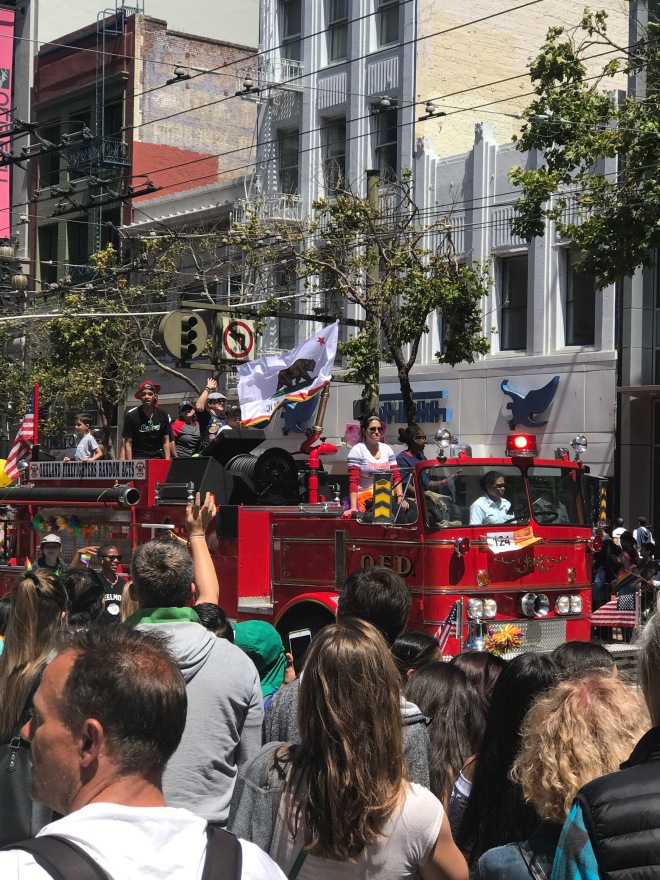