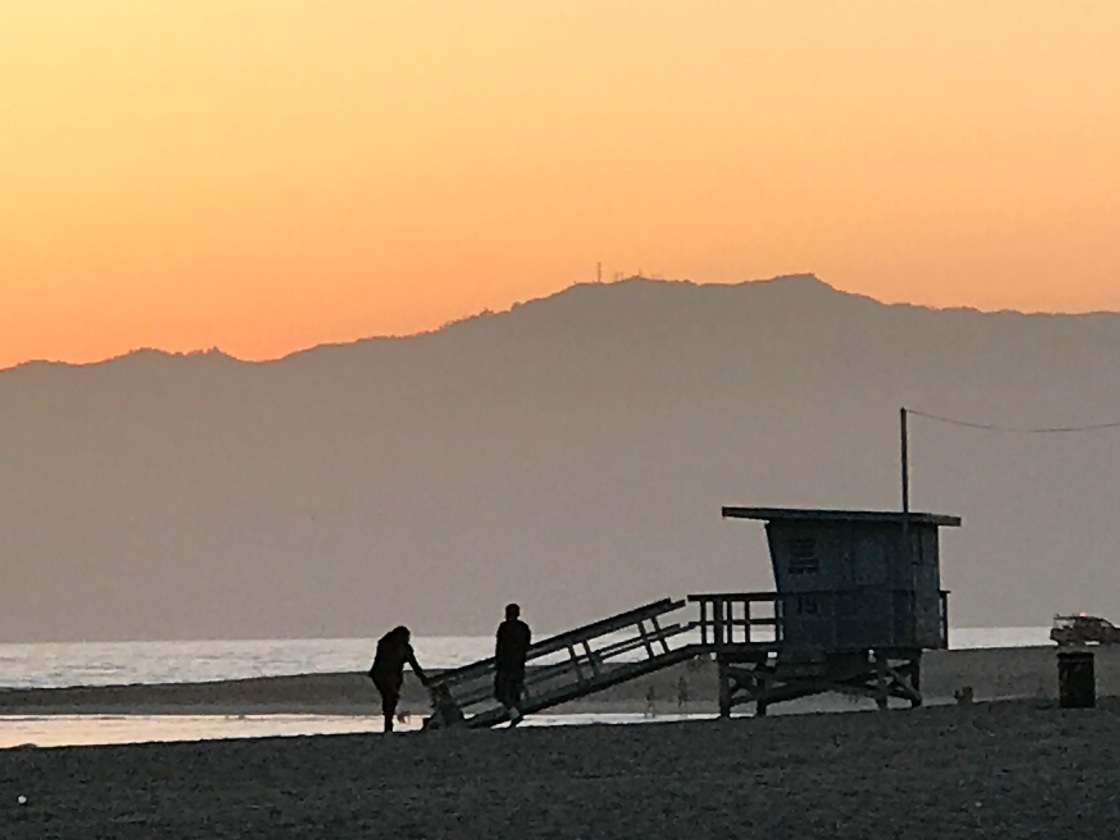 What a way to see Venice! The Venice Art Crawl has you wandering around, checking out local artists & drinking a little wine. I love Venice, I love art & I love wine: this was a no brainer! 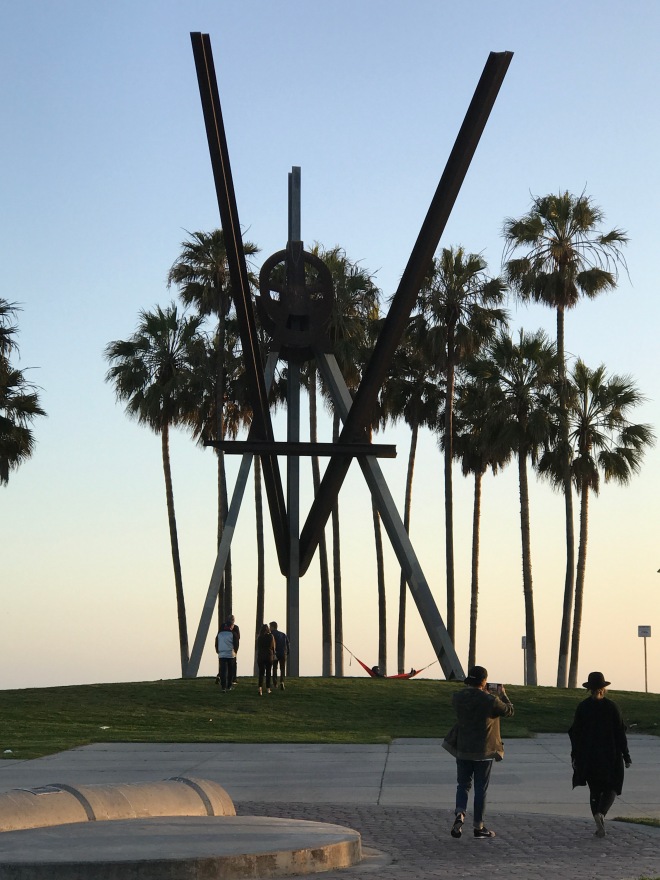 We came down early so we could wander the boardwalk – I’ve never not done that so don’t think I was going to start now! It was a bit sad seeing the space of the missing freak show, a big sign in the change of the area. It’s still an interesting walk though. Sadly during the week the joke man didn’t seem to be there – he’s the best! $1 a joke and the best value thing in the area.

After the boardwalk it’s up Abbot Kinney. Such a great street. I love pretty much every shop along here but currently shopping is a no no. It seems you need a flat & a job first 😉 But that doesn’t stop wine! We went into The Other Room –we’d been here last trip (after a few too many wines up st the rooftop of Hotel Erwin) and I remembered it being dark and that’s about it. However, during the day they open up the front and it’s a good spot for a drink & some people watching 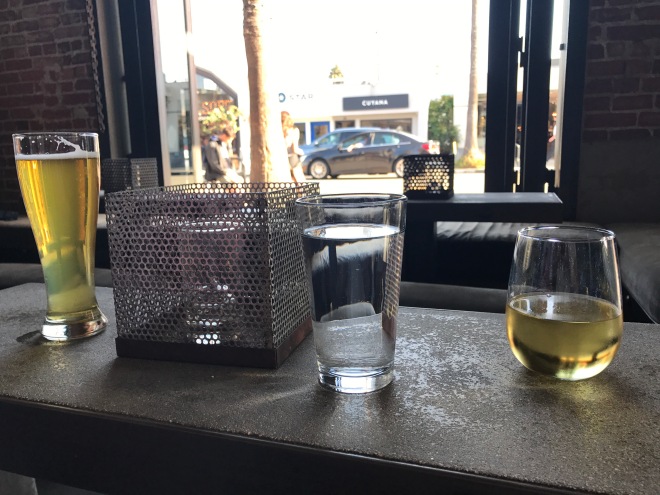 Then it was time for art! The Small room bookshop had some interesting pieces tucked up the back by Deb Loucks, I love how she uses old postcards and maps of Paris as the canvass. The bookshop itself looked great – a huge selection, it looked good enough for me to wonder why I stopped reading actual books (unlikely to change though, my handbags are so much lighter without books rammed in them).

Next door at the Sidewalk cafe was a photographer, Dan Kacvinski  He captured Venice sunsets beautifully. There was one in particular that I found intriguing which was a black & white in fog- such a different image to what you are used to seeing.

Further down the boardwalk was a little collective showcasing several artists. The most interesting was the guy down from Vancouver, Gary Petersen who had his paintings but was sitting carving wood while he told you his story. 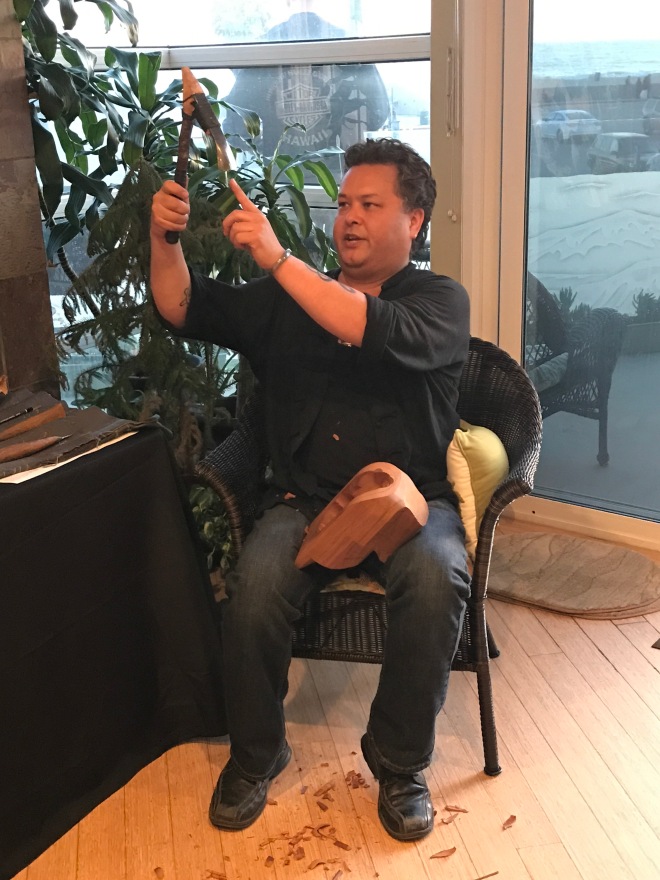 Just up the road is the Cave Gallery where Louis Masai had his first US solo show. This one is patchwork style of endangered animals. Lots of colour which I like. I didn’t get any pics though which was a little sad.

Last stop of the art tour, for me, was Sparc. We made it up there just before the close time (despite me whingeing about my sore feet the whole way up there). There was a broad selection so it was worth the walk – plus I liked the building

After that there was nothing left for my poor feet but to make it over to Abbot Kinney so I could have “a little rest”: this translates loosely to ‘drink more wine’. We stopped at Wabi Sabi which looked super cool, and managed to snag a window spot – perfect for evening people watching. The menu here looks delicious but I ended up not getting any more after the oysters, they were so tiny I had to have a food sulk instead. I’m definitely going back to try other things though, just staying away from the oysters. 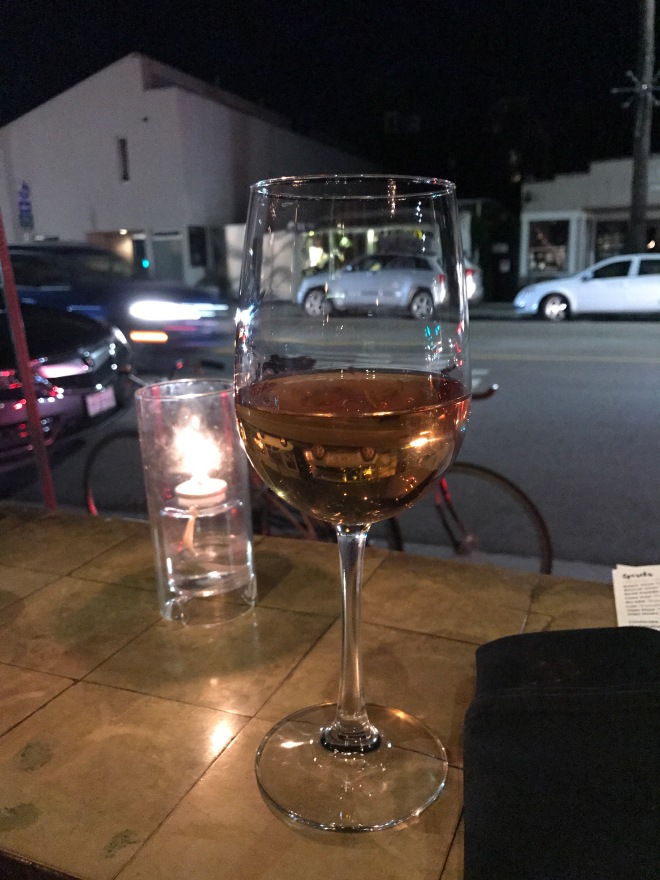 So, after a quick sulk it as off to Abbot’s Pizza Company for a slice. Nice big slices, NYC style with a lovely crispy base. The flavors  by slice are limited so now I need to go back and order a whole pie so I can try some of their specialities. 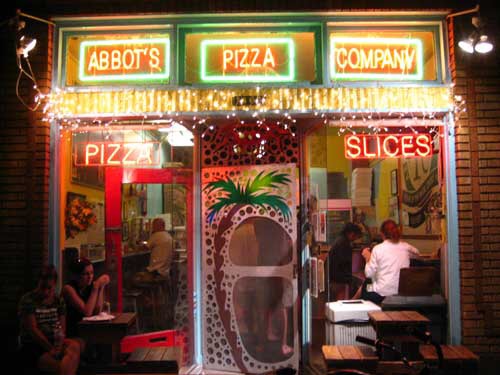 What a busy night! I’d highly recommend the art walk, they seem to do them quite regularly so I’ll probably try again another time (with better shoes to save my poor feetsies) and maybe less wine. Oh who am I kidding, there won’t be less wine.