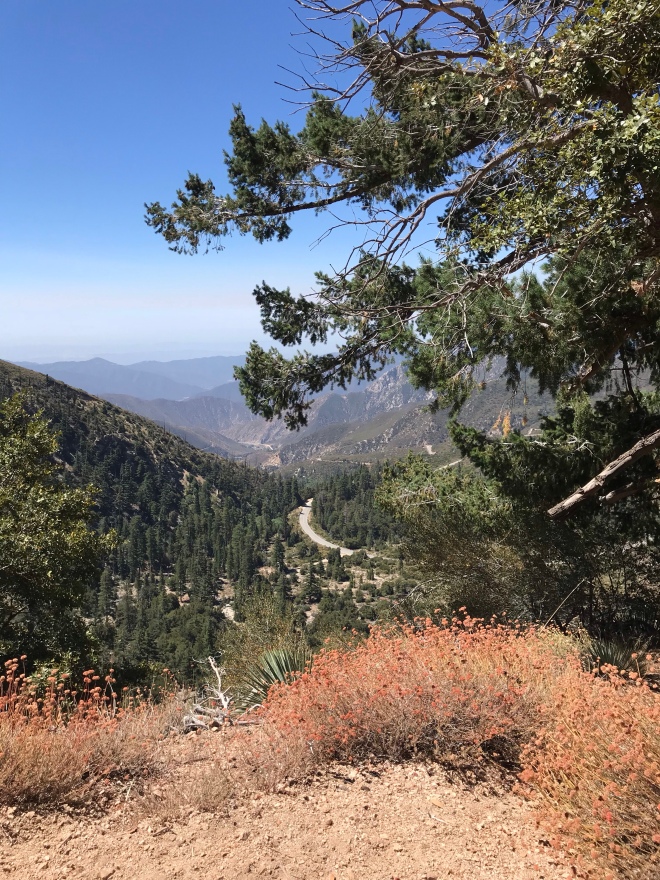 Life is weird when you’re not going out to dinner or drinking. One of our intentions when we moved to California was to be more ‘outdoorsy’ which in my head, included going camping, something we did unsuccessfully once in the UK for a festival. With no drinking or dining out, camping felt like a thing to do. However, it seems this is a very popular Californian activity, and all the pre-book sites were booked up.

Luckily, I had super researcher Al on my side. You see, I would have just gone to the first place on the list, but Al is a bit more practical than that. He found one that had a couple of sites around it so that when we turned up on Friday night after work we’d have a couple of options if things were busy. See, sensible! But unnecessary, cause the site we went to ended up having plenty of space! It did fill up on Saturday though, so maybe we were just lucky.

We headed out to the Angelenos National Forest which was about a 2 hour drive out of LA on Friday night. Far enough to feel like you’ve done something, not far enough to feel bad about giving up if it all goes wrong 😂

We got there with daylight still and picked our spot from the choice of many – one that was far enough from the toilet you don’t smell it, but close enough I didn’t have to worry about being abducted or mauled by a bear on my middle of the night pee.

After setting up our campsite- that is Al doing the work and me cheering him on/walking in circles trying to work out how to be helpful- we got a fire going and settled in for the night. It was 7.30pm. This is when we realized that camping is supposed to involve booze. Damn it. Oh well, c’est le F46Challenge vie! 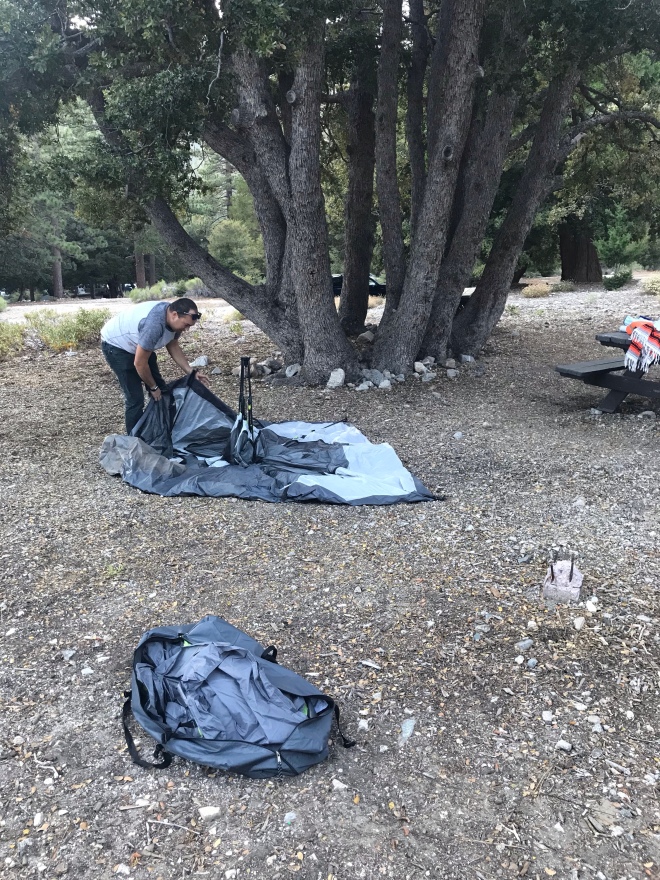 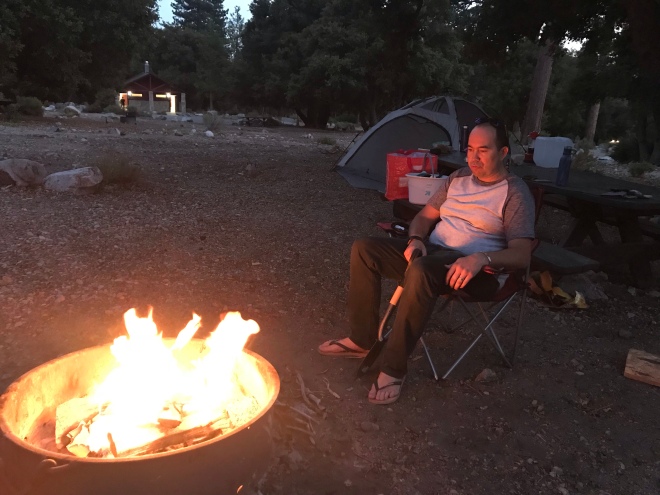 Food-wise, the challenge wasn’t hard, just a bit annoying. I’d pre-prepared stuff though which made life was easier. I mastered the 1 pot campfire cooking pretty quickly, if I do say so myself. 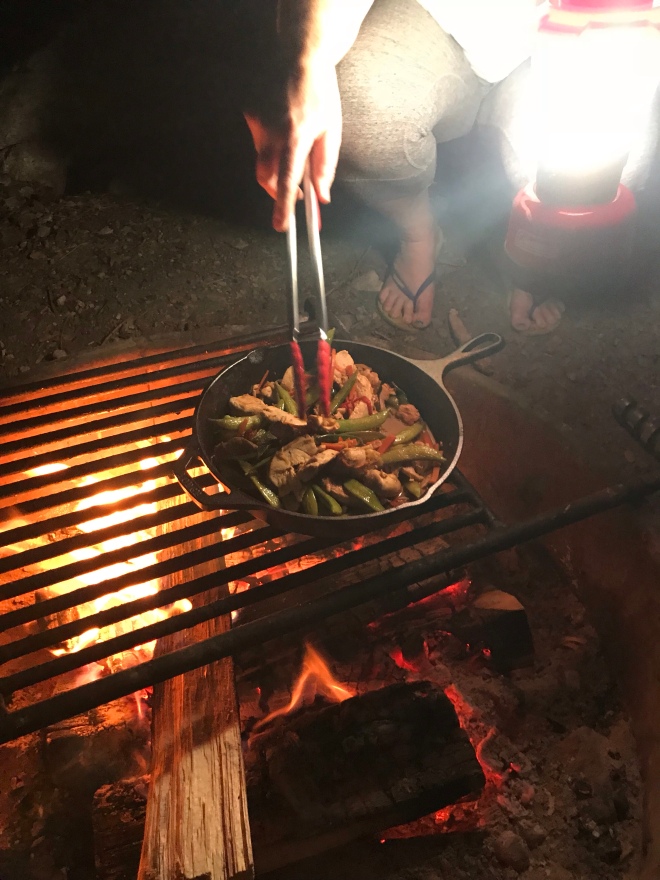 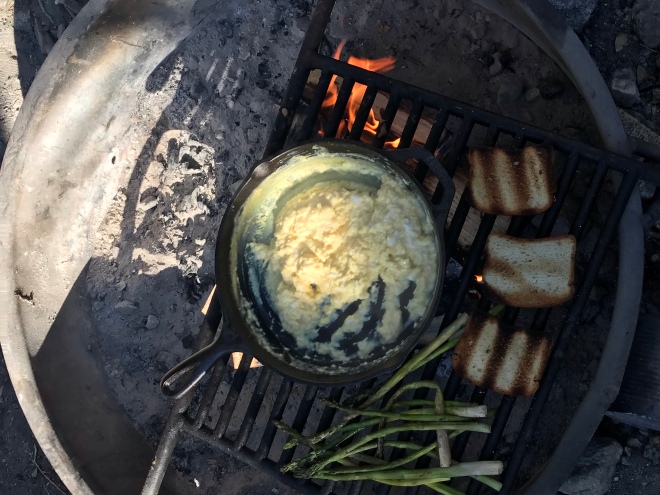 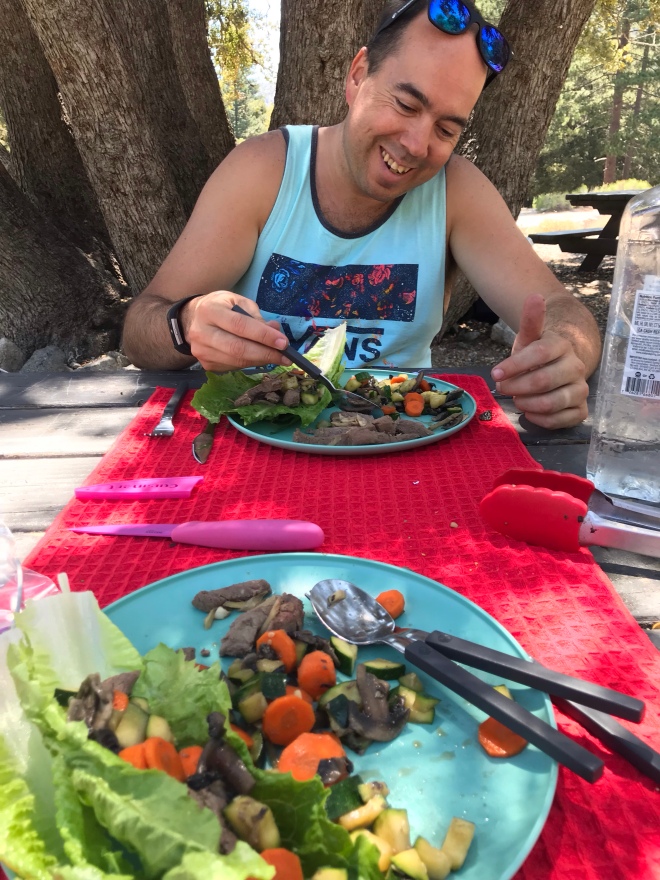 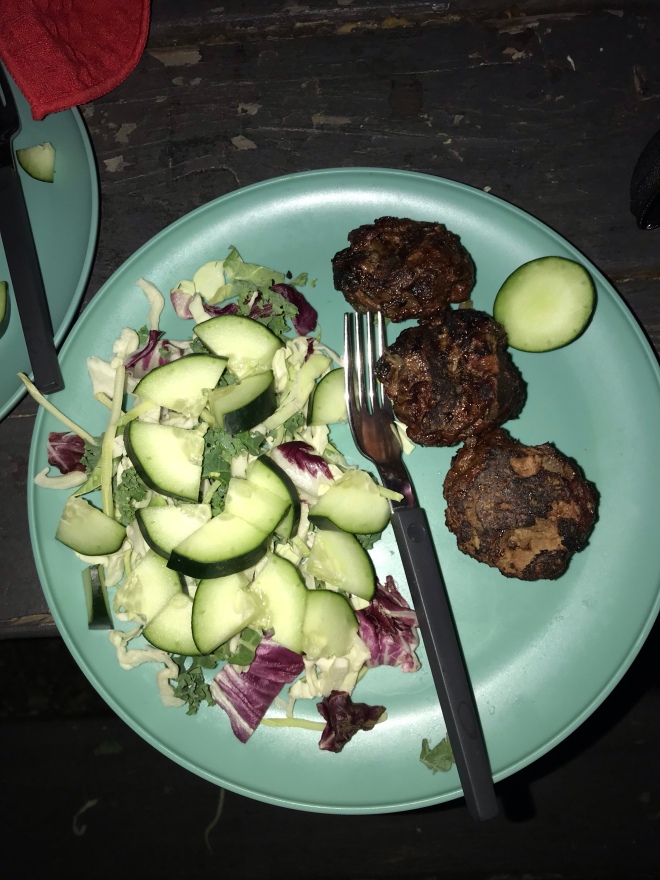 Oh yeah, there’s no internet in the forest, something we probably should have known. Though one of the things that amused me was when we though there was a WiFi spot: 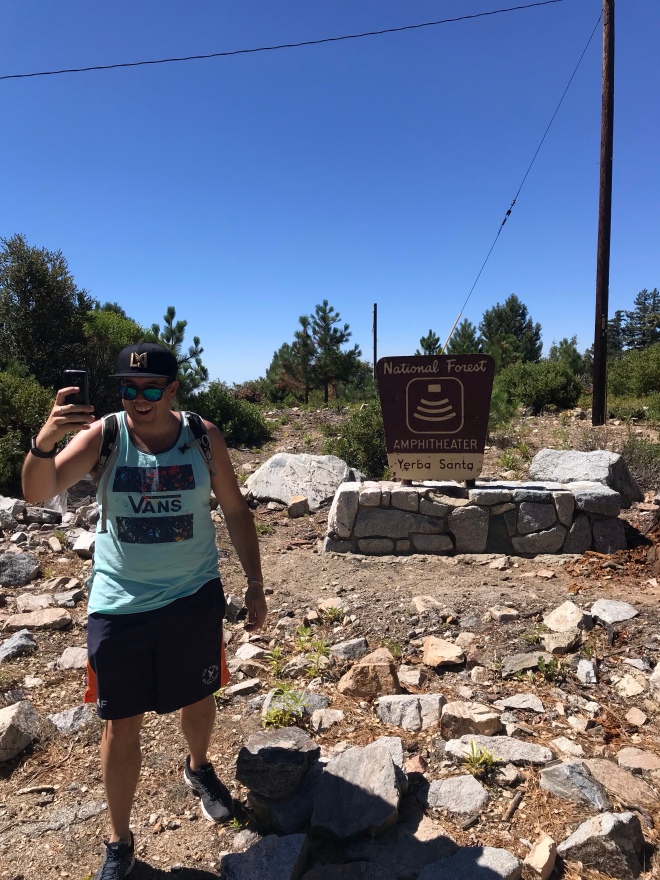 Turns out it was an amphitheater. Ah, what dumdums.

We entertained ourself with hikes. But easy ones, we didn’t want to push ourselves too much on our first trip! Plus it was hot as hell in the sun. Luckily, our little mountain ranger was able to give us guidance on where to start. 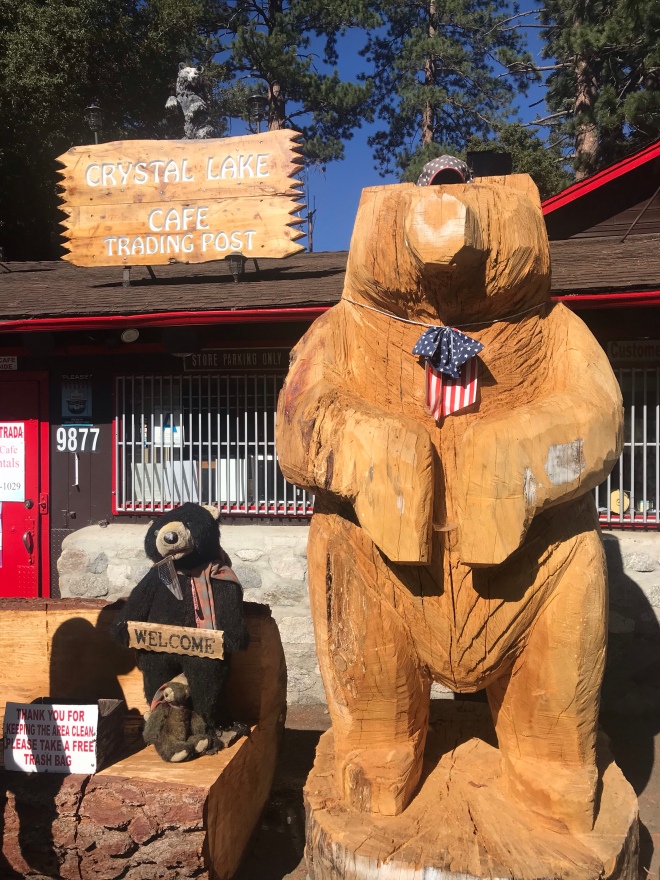 Plus they gave us a map which is also important when there no WiFi. Apparently there had been bear sightings in the area, so we spent the hike on edge guessing of every sound was a bear (me) and then being disappointed we didn’t see one. We never see any animal except for lizards. I’m going to put it down to our less than delicate stomping through the forest. 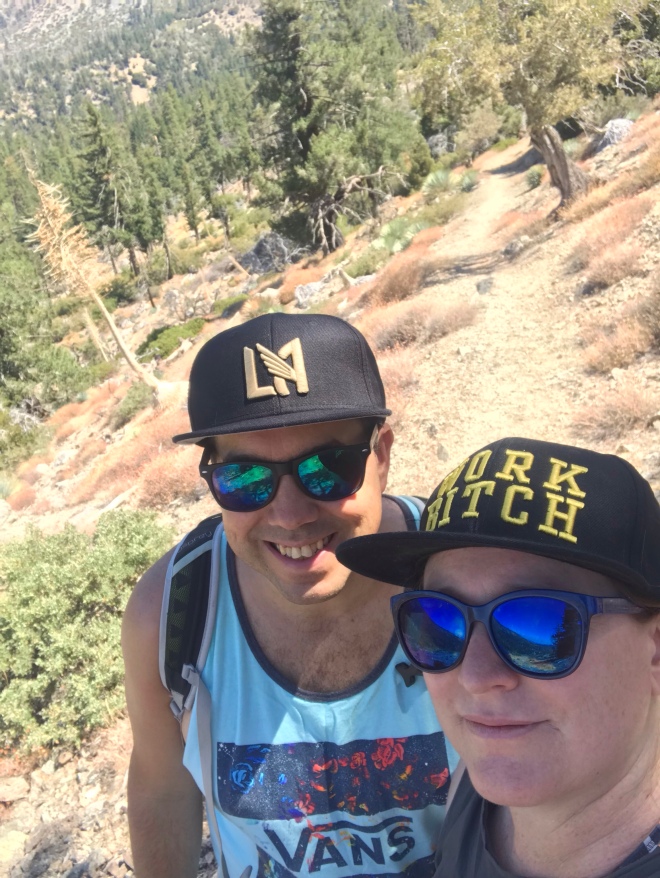 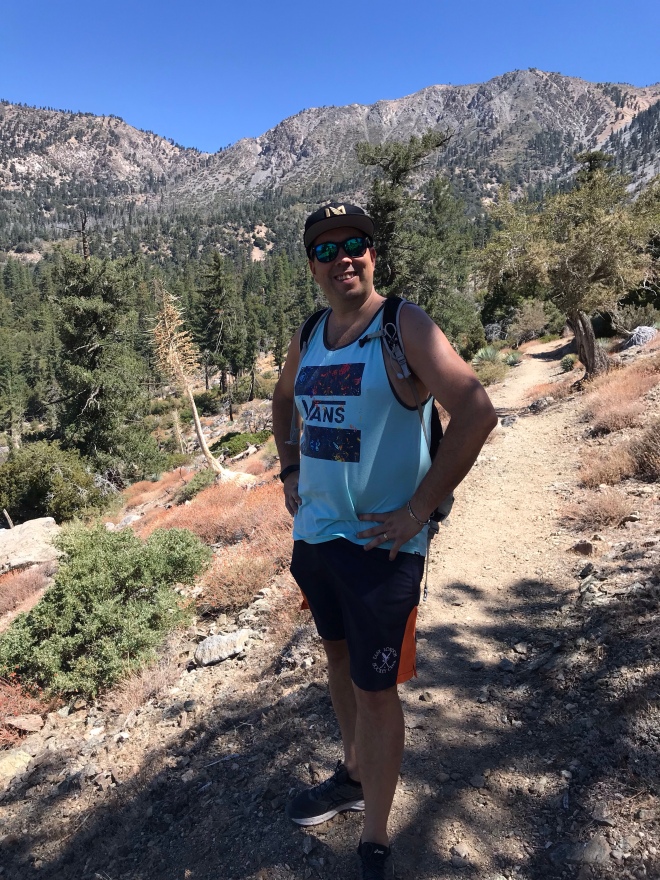 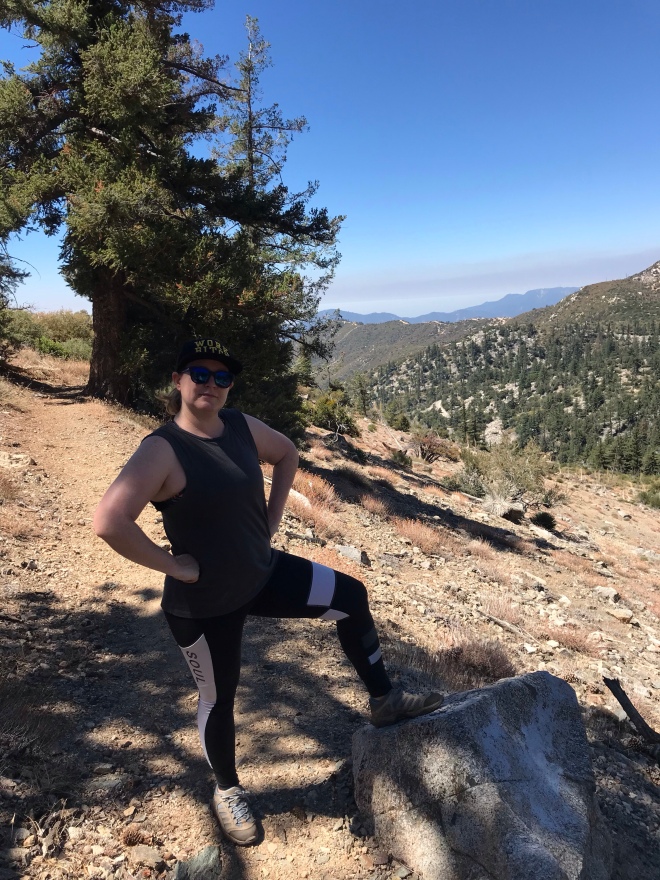 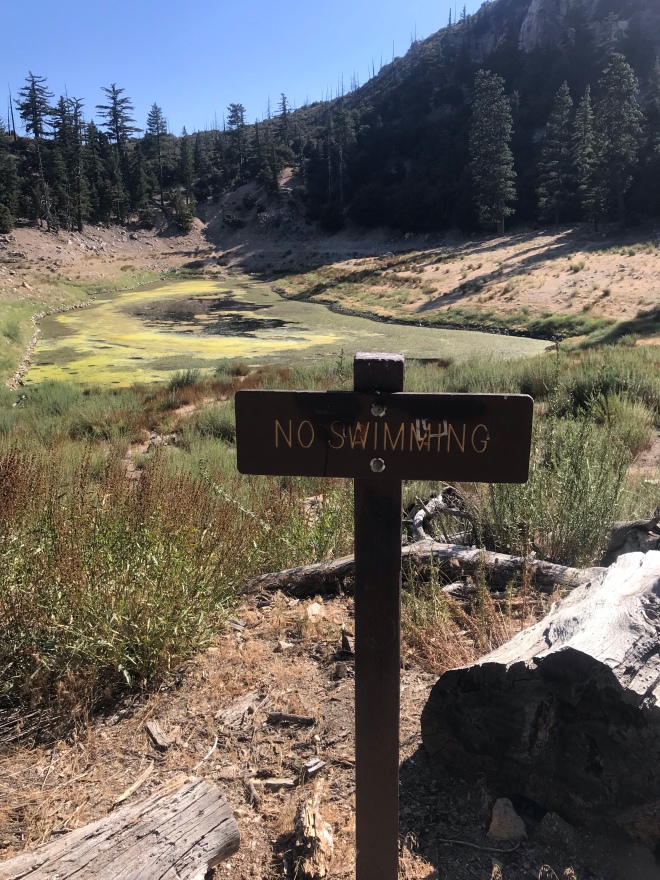 The facilities of the campsite were good: a reasonable amount of toilet blocks, good parking spots by your site, drinking water and the sites weren’t on top of each other. There was, however, no shower. But that did not stop me having a bush spa experience after our hikes: 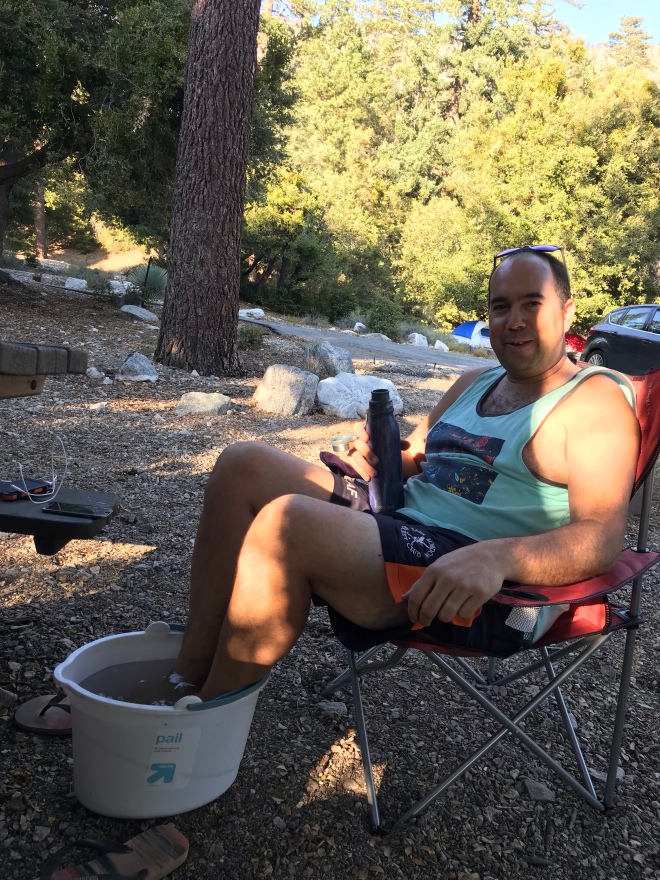 The camp site for 2 nights was about $12 I think. Then I needed fire wood which was $20. These were all cash, so bring some up. There’s a little store for things you forgot just in case. I’m pretty sure they take card. 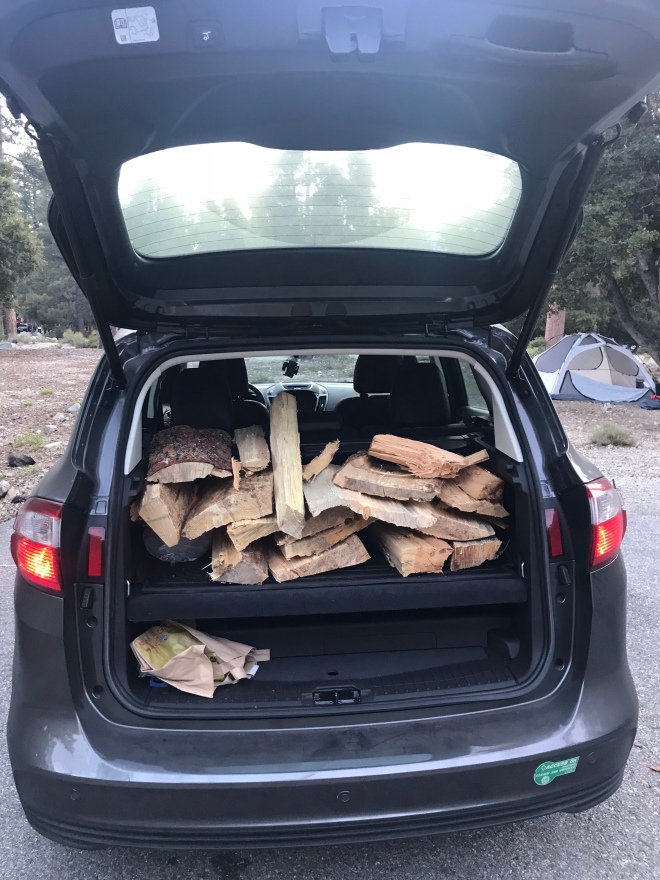 It was gorgeous going up and spending time out of the city, I highly recommend it. Next time we need a blow up bed and booze though. I think they’re my camping must haves.