Best food festival in LA: Taste of the Eastside

Ok it’s official, Taste of the Eastside is the best food festival in LA. It’s at the end of April and I suggest marking it on your 2019 calendar now! 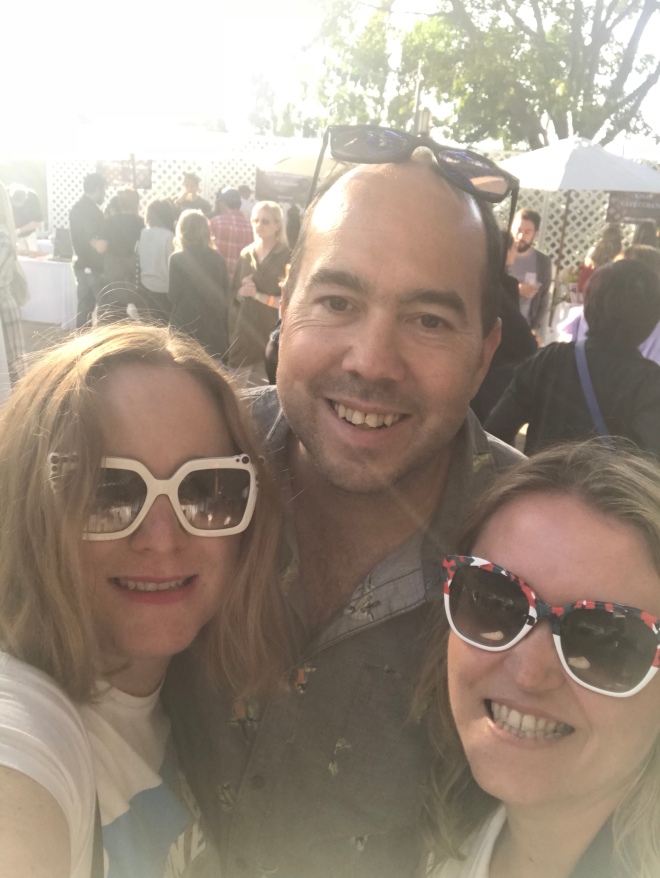 As one of the first foodfests we got to go to arriving in LA last year, I was super stoked that it coincided with Jax’s visit so I could show her how cool it is. We went VIP, which I totally recommend. You get to go in an hour early PLUS you get drink tokens and sign up for demos.

Not only are the vendors always awesome, you don’t have to keep paying out once you are in. The ticket covers all the tastings, it’s just if you need extra drinks that you spend and more when you’re in

Plus, it’s in a beautiful setting. The River Center & Garden is just lovely. Both Al & Jax mentioned it would be perfect for a wedding- I guess I’ll know where to find them if they ever leave me for each other 😂

Last year there was a definite taco theme, this year it was fish. Honestly, not something that I’d recommend as a strong theme for what is known as hangover Sunday, but still nice.

Stand outs for me …

Bon Vivant, of course!! Lamb chops 2nd year in a row and for good reason! If I said that Al had been known to eat 10 of them I don’t think you’d be surprised. But I am not a lamb fan. And definitely not a chop person. And I thought these were amazing. Say no more. Bon Vivant I’m booking a table for when I’m back from London.

Malo: how can you not love this restaurant? The 1st we booked after moving to LA after trying them at 2017 Taste of the Eastside. The food is phenomenal. This year they had a fish tostada that was amazing. Luckily the 1st fish dish I ate, I maxed out after 3 more.

Little Jewel of New Orleans: crawfish Mac n cheese! Yumbo jumbo. Like most macs, it doesn’t look pretty but it tastes amazing. Not a bite of floury gunk in sight!

Daw Yee Myanmar Corner with the amazing tea leaf salad that everything you want in it: flavour, texture& crunch. 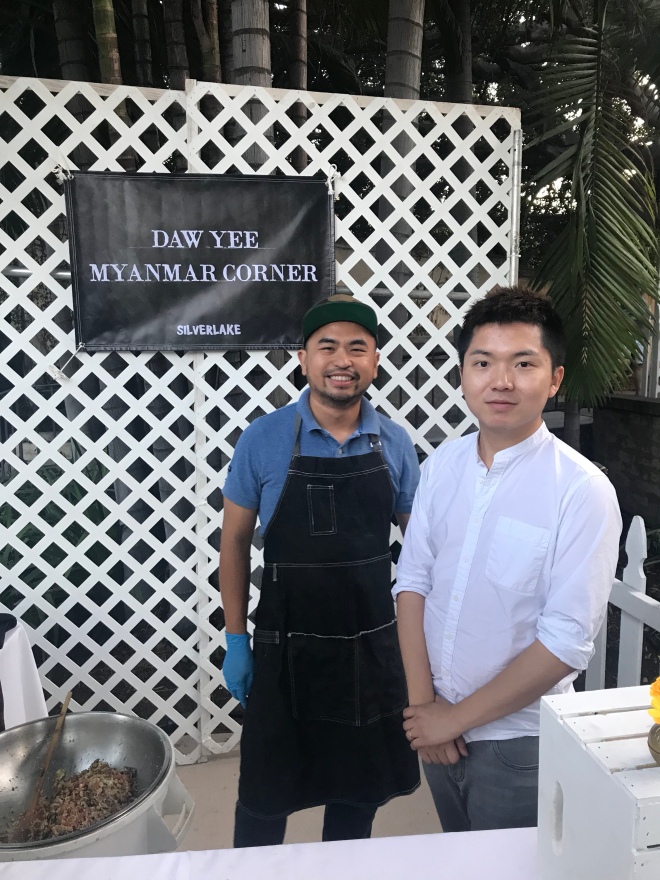 Spread Mediterranean : the queue was non stop but it was worth it. Beautifully braised harissa beef and a kick ass hummus.

So yet again, Taste of the Eastside did not disappoint. I have plenty of reservations to make and can’t wait to do it.

My number one that I missed from last year: El Cochinito.

Also last year : Gigi’s. This year they did desserts but last year it was savory pastries to die for – I literally incorporated them into a stop on my run route (mistake).