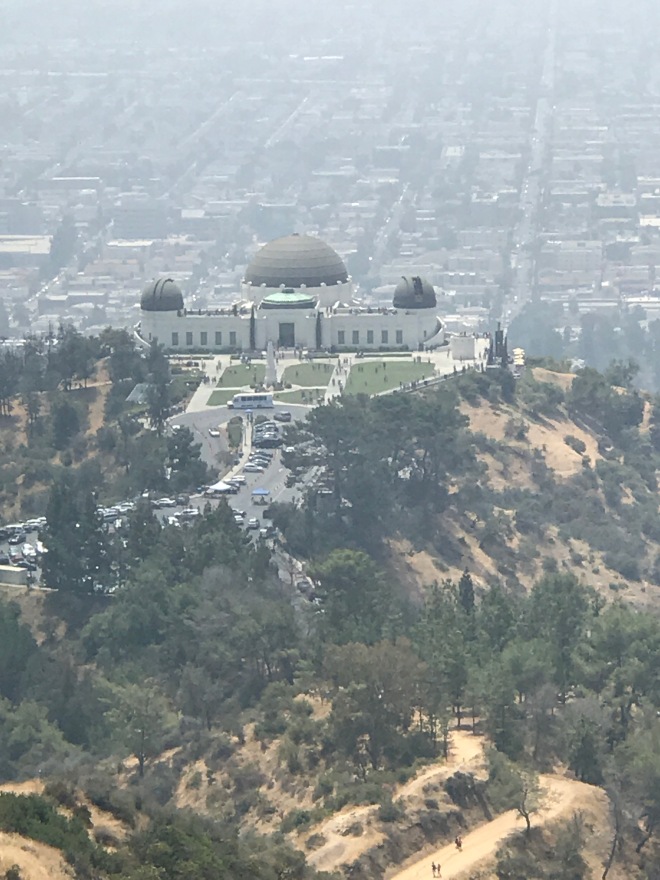 One of the things I was looking forward to with the move to LA was being able get out into the sunshine and start hiking. LA is one of those amazing cities where you can go beach to mountain and still technically be in the city- just a little different from London.

We’ve been in LA 2 months now and still haven’t got a car- I know, unheard of! I don’t think it’s really been an issue so far but to head up to the Griffith Observatory we had to tick off another first: the bus system! LA public transport is not the greatest (though they are working on it so fingers crossed) but it will eventually get you  there, of course, so will Uber 😂

It was a smoggy kind of day sadly, so the view was not the clearest, but it’s still spectacular. Besides, you could be waiting awhile if you wait for a clear day.

As it was our first hike together we went for a nice casual one – Charlie Turner’s Trail. It’s about a 3 mile hike there and back and doesn’t get too steep. Now I can run, spin, yoga and all sorts of things but you would not guess that as I wheeze my way up an incline.  I guess it’s a bit like steps- I will never look the fittest going up them.

As you get up to the top there are a couple of mini gardens. These spots are an amazing little oasis giving a little shade (when you are a pale ginger you take all the shade you can get) plus they seem cooler than the trail. 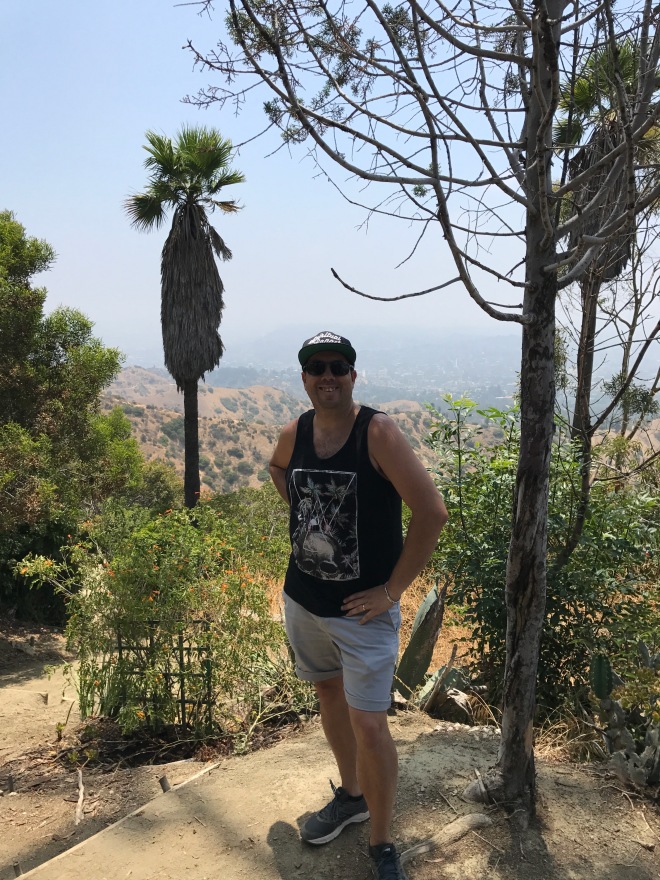 Oh yeah, this trail also gives you some great spots for pics with the Hollywood sign. Al and I went for power poses which I think shows how we have mastered hiking. 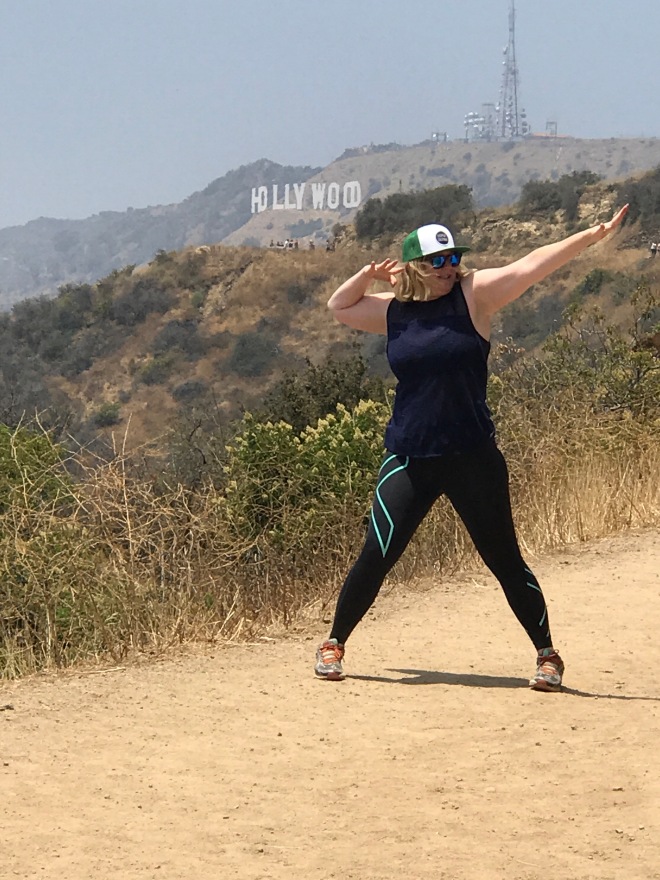 We then took the boy scouts trail all the way down into Los Feliz for some much needed brunch! About a 10 minute walk from the bottom of the trail you will run into the Messhall. They have a great outdoor area and a good menu to match. I had originally planned on going somewhere on my list but this looked too good to resist.

I started with a Bloody Mary and it was really good – the perfect amount of spice and a nice fresh tomato juice, definitely a winner.

Next up was the egg with market veg, such a great choice. I switched the eggs from fried to poached and added a side of bacon, which wasn’t actually necessary but who cares. The veg were mushrooms, green beans, cauliflower and broccoflower which had been grilled and had the best smokey flavor to them, nicely complimenting the tomato sauce. At first I thought it was missing bread, which could have been good for soaking up the sauce but it turns out I didn’t need it. 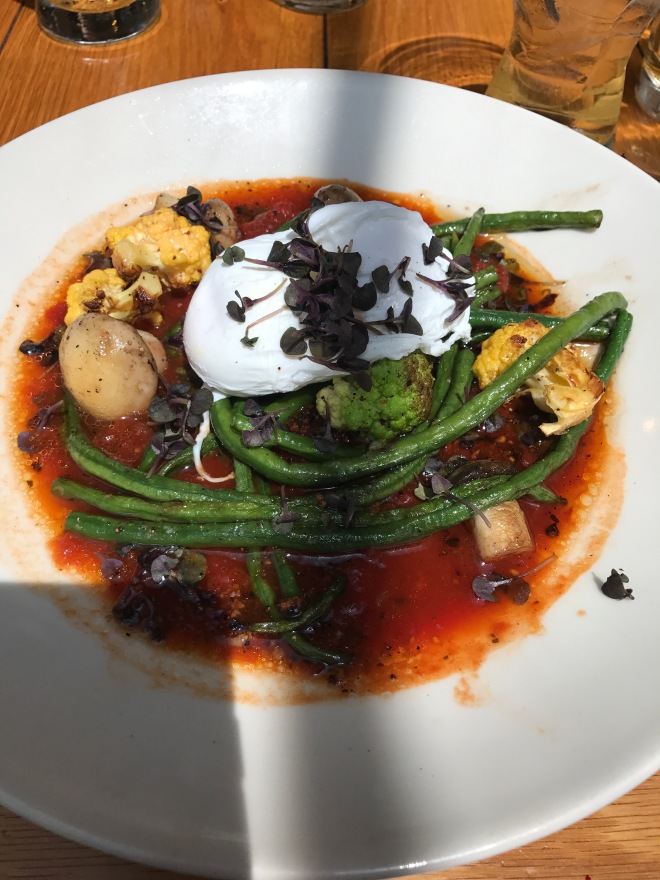 Al got “just” the smoked brisket hash – he made a big deal about not having any add ons, but still managed half my bacon 😉. I had a little taste of the hash and it was phenomenal. The smokey flavor was strong but not overwhelming. I couldn’t really taste the chilli oil but I would say that’s how he wanted it.

Booze, cold brew, food & tip for 2 sets you back about $80 but it is worth it. Obviously you can cut that bill in half without the booze but we’d earnt it! The only disappointment was being too full to stop at House of Pies 😝

There’s so so many good looking places to eat in Los Feliz, luckily there seems to be quite a few trails for us to use as an excuse to get back out there.