I have a but of a weakness for pizza. Not any old pizza though, you don’t see me eating Domino’s or Pappa John’s or Pizza Exorsss; I’m talking real good pizza. So a statement of a best SE pizza is pretty huge – I really rate Mamna Dough + still live Franco Manca (even though it’s everywhere so I tend to not go anymore).

But Four Hundred Rabbits really did bring their A game. Crystal Palace is actually an area  I hadn’t been to before​ and from the looks of it, there are lots of cute little restaurants. Four Hundred Rabbits is tucked in with seating for I guess 30 or 40 and has a great looking pizza oven that matches their decor. 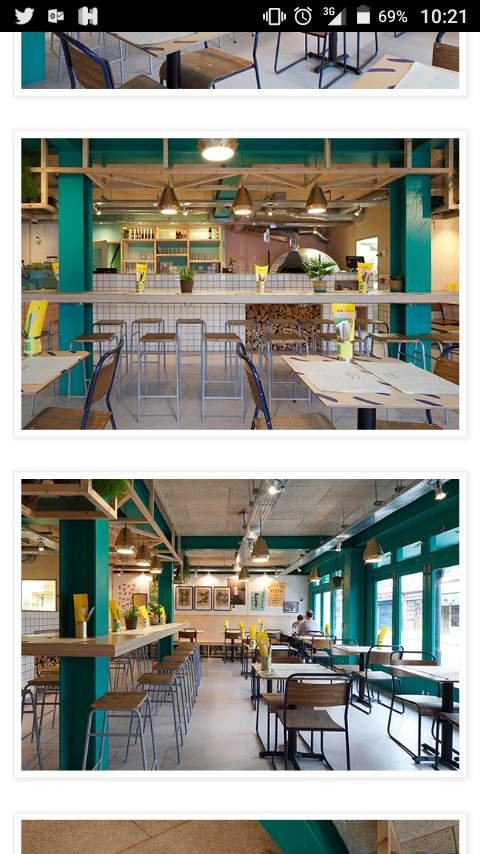 Ok I cheated, this pic is a screenshot from here, because my crappy temporary phone is not photo friendly

The menu is small, as it should be, but varied. I was surprised to see 4 veggie options including 1 from the specials. As you know, I am not a vego but I do like it and as I was dining with @eternalnomad who is I prefer to take that option.  @eternalnomad went for the Margarita option (as he is known to do) which he kindly let me taste – the sauce was beautiful, which you really need on a margarita as it is the star of the show. I went for one that was a garlic sauce rather than tomato, spiralised courgette + feta with a pesto sauce. My God it was good! I pretty much had to force @eternalnomad to try it and despite being “prepared to hate it” he had to conceed it was delicious. Winner!

The thing that lets most pizza places down is the base. I can’t stand a sloppy base! But not here; crisp but chewy and light. Really well done

Value for money: good. It’s not an expensive night even with a few drinks

Reservations: it’s a small space that fills up so if you’re travelling for it I would.